July 04, 2018
I was introduced to Pike fishing from a friend in work, researched the hell out of it before venturing off onto my own. It became somewhat of an addiction, the thrill of seeing Pike chasing lures was like a drug to me. It didn't matter what size fish it was, if they were chasing my lure...I was pumped to the gills with adrenaline. Soon it became a chase for a big fish. After trying for about 4 years I could not for the life of me get a Pike over 20lb, yet I've introduced and taught people Pike fishing who seem to bag one straight away, beginners luck I guess.

January 2017 was when this changed. I was just about to turn 28 and thought id treat myself to a new lure. I'm Savage Gear crazy by the way, you cannot beat these lures for quality and realism, so I usually only buy these. I bought the 30cm Hybrid Pike, a lure that's the length of my forearm! Armed to the teeth with an arsenal of fish replica weapons, I headed to my favourite pike fishing spot and fished this lure for the whole day.

24 Pike later, about 16 of them double figures, and about to head home...I did that thing that all fisherman do... "Come on, one last cast"... I threw it straight into a tree above me, GUTTED!

I've got 80lb braid on my Okuma Speed 3 Trio reels, so the hook on the lure would bend before my line snapped, so I'm confident its coming out! I yanked, the lure fell 2 feet in front of me in the water, I reeled the line in, the lure jerked about 6 inches after all the slack was back onto my reel...and...SMASHHHHHHH!!!!!!

A 21lb lure hit the Pike like a steam train from hell!  in 2 feet of water on a very bad cast, I had gotten my PB! I got her on the bank, weighed her, and she was a tad smaller than 21lb on the button, my first 20! I couldn't believe I had finally managed one after 5 years Pike fishing, 2 trips to Sweden and relentless cash on good lures! I had finally done it. A day I will remember for a long time. So what now...well...there are such thing as 30lb Pike too! :D

Popular posts from this blog 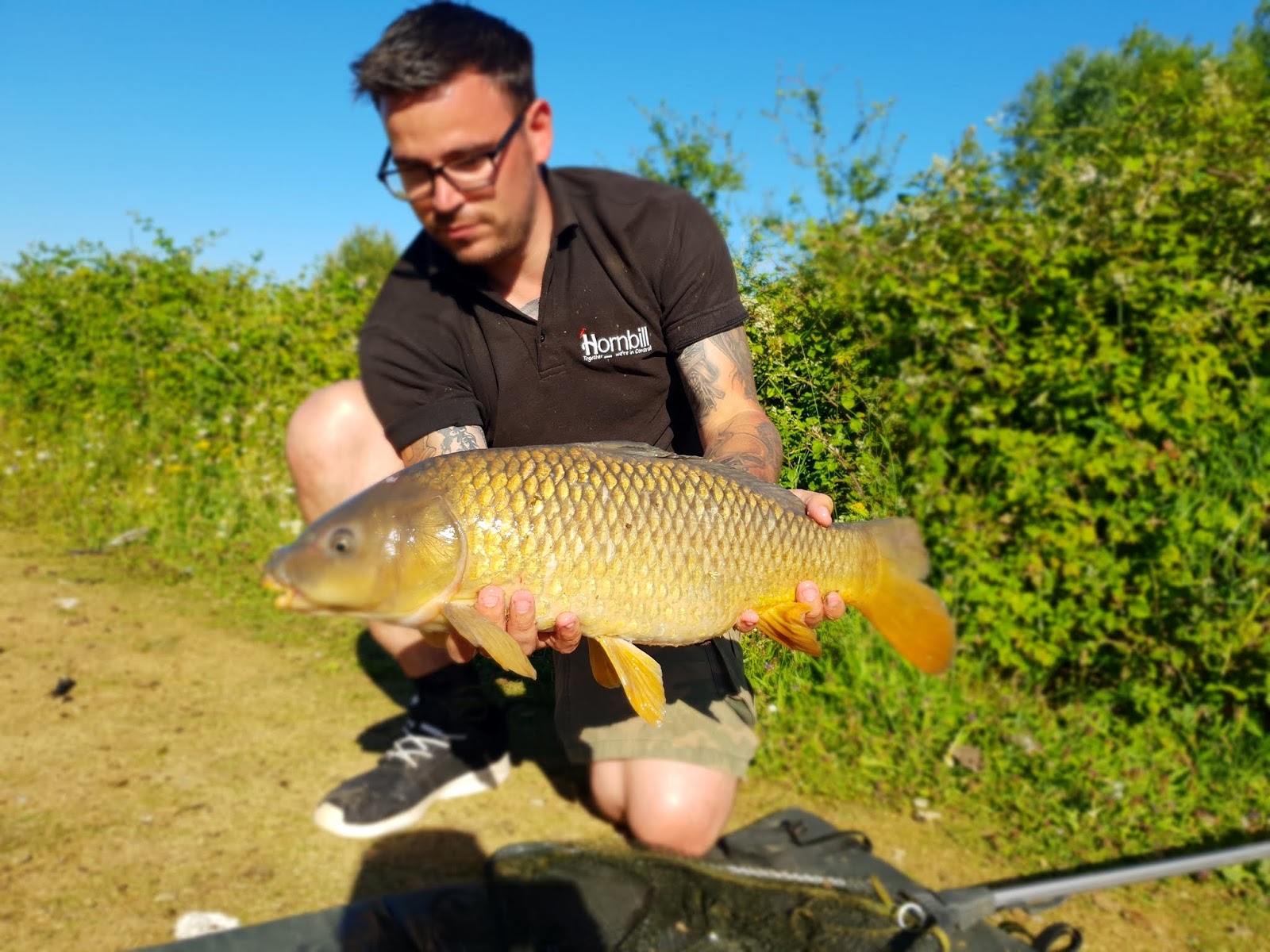 Whilst I get some spare time after working away, I tend to get a few sessions in, just something easy to pass some time, it beats sitting in the Hotel. Today I spent a few evening hours after some Carp at a resort called Lakeside in Cublington, near Aylesbury. The tactic of choice was floating dog biscuits on the surface of the water, the result was 3 nice carp. Although nice to bag some fish, this is quite possibly the most annoying method I've ever fished. You put 10-15 biscuits out in front of the fish, and they will suck them all up bar the one with the hook on! I'm sure they can see it! Anyway, beautiful day, 20 carp on the surface of the water in front of me, biggest one landed around 12lb, gentlemen next to me caught a 21lb Mirror which is the biggest Carp I've personally see landed (as I don't do a lot of carp fishing). An enjoyable relaxing evening in the sunshine! 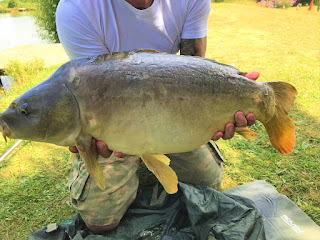 Another lovely evening at Lakeside fishing Resort in Cublington. Took me 2 minutes to catch the biggest Carp I've ever caught, and another 2 minutes to catch the other. Resulting in x2 PB's for Common and Mirror carp,  Common: 16lb Mirror: 18.5lb Very happy chappy today! Both fish came off the top of the water surface fishing with dog biscuits. 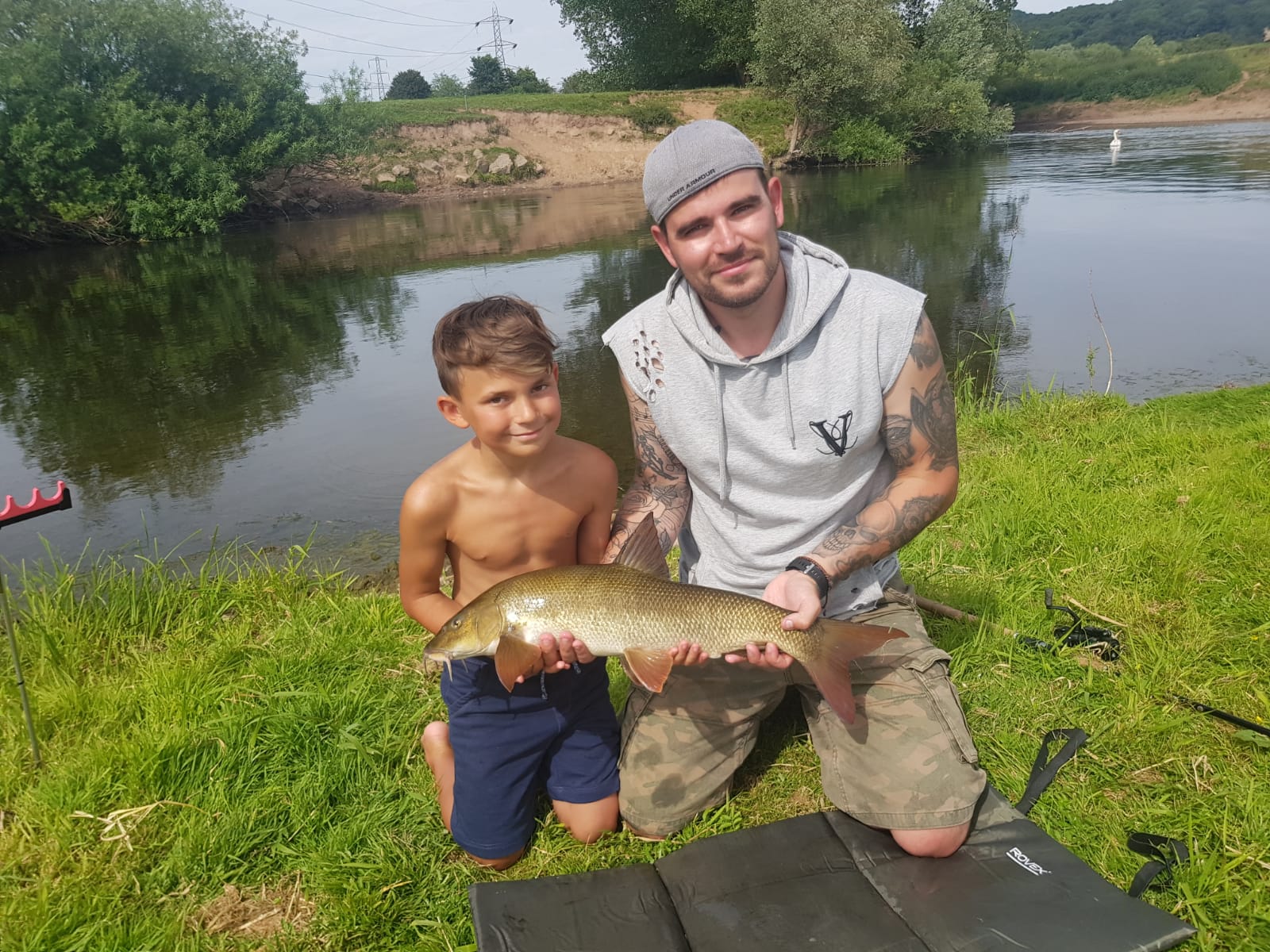 So my first ever attempt at a blog, and my first ever attempt at a Barbell and Chub on the River Wye. What a time to be alive. My girlfriend Amy and my son TJ, bought some new camping gear, and arranged to stay for 2 nights at the Lucksall Caravan and Camping resort near Hereford on the bank of the River Wye. We fished the Hereford stretch just up on the bend above the campsite where the River Lug (a Wye tributary) meets the Wye. We had advice from Woodys tackle shop in Hereford to fish here, and it produced, x2 Barbell and a Chub (Local knowledge is ALWAYS the best). My first attempt at both species and I managed them both on the same day, I was delighted to catch them and feel the immense power of a Barbell fight, they are like the Smooth Hound of the river! Fantastic weekend and trip to remember.